Twenty five year-old Freddie Gray was laid to rest on April 19, 2015 due to complications of spinal injuries sustained in the custody of Baltimore Police Department. When protests erupted days later, Baltimore became the target for emotional responses from all over the world –  some empathetic, and some harshly critical. 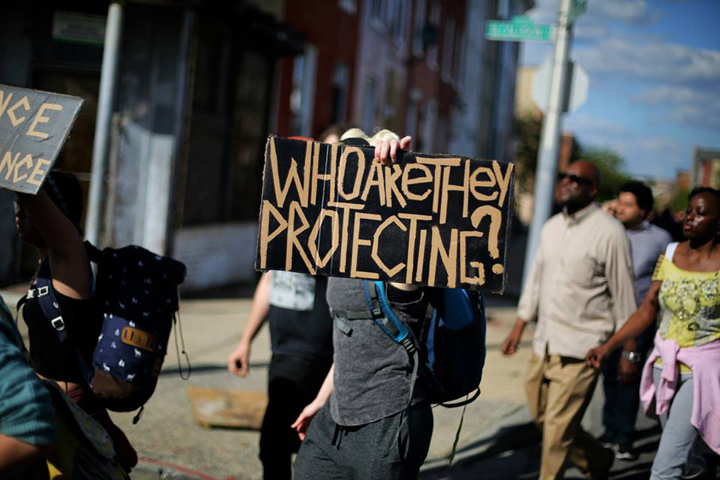 With images and videos of the protests on replay, Baltimore’s citizens have become subject to the scrutiny of Americans and nations abroad. Conversations about injustice, institutionalized racism, negligence, and hate have traversed every form of media in existence, with every “yin” article on one news outlet facing the “yang” of another. While finding information has never been easier, trusting that information to be unbiased has never been harder.

In times of conflict, photojournalist Jim Vondruska is drawn to the frontlines, to capture exactly what he sees, as truthfully as he can. Having met Jim shortly after he flew to Ferguson, MO to shoot the protests following the death of Michael Brown last November, I was awestruck by the grit and depth to his photographs on the frontlines. You see many faces on both sides of the conflict, images that depict both peace and violence, the desire to hurt and the desire to heal.

A career in photojournalism, and conflict photojournalism in particular, requires traveling to hotbeds of human anguish and conflict, places that most people watch critically from the comfort of their homes. It requires putting yourself in danger, and pushing yourself to physical, mental, and emotional exhaustion. The travel spirit of a dauntless adventurer combined with the know-how and resourcefulness of a survivor. All to tell a story.

Jim arrived in Baltimore on Tuesday morning, and has been photographing the protests and riots since then. Below we delve into why he decided to pursue a career in photojournalism, and what he has seen unfold as the aftershocks of Freddie Gray’s death shudder through Charm City.

Below is a transcription of my interview with Jim.

What prompted you to start a career in photojournalism?

I had watched the documentary “Which Way to the Frontline From Here” a few years ago. It was about photojournalist/humanitarian Tim Hetherington and his life’s work. After finishing it, I dove into more documentaries and books about photojournalism and quickly realized that I had finally found something that I was interested in and could see myself doing as a career. I took a shot at emailing Eros Hoagland (an accomplished conflict photojournalist) without expecting a response. And to my surprise, he sent me a lengthy response about who to talk to, where to go, and how to go about shooting stories. So that lit a fire under me and I took my first leap by going down to Ferguson, MO in November 2014.

What was the most intense moment you photographed in Baltimore?

On Tuesday night, myself and another photographer Marcus DiPaola had left the general demonstration to go pick up our friend and freelance videographer Chris Burke from the airport. And when we returned to the main cross section of Pennsylvania Ave and W. North Ave we ran into a standoff between riot police and protesters. As we walked up we saw people putting together Molotov cocktails and grabbing things to throw. Within three minutes tear gas canisters started going off and people were throwing bottles, rocks, and anything else they could find. Chris and I ran across the street and took cover behind a pole and a garbage can. We were taking fire from pepper balls while our friends were actually hit and shot at with rubber bullets. We then ended up getting away by using the tear gas smoke as cover.

What has your impression been of the emotional climate in Baltimore – of all citizens, not just those involved in the protests?

So far, it has been very much about preservation of the community and fighting for peace and justice. I think it was just an initial outburst on Monday that has been pent up for a very long time, and not a reflection of most citizens.

What do you wish to portray in your photos that mainstream media may be lacking?

I want to show a non-biased story that documents every side of the situation as it happens. I feel that mainstream media focuses on the most exciting and negative pieces rather than the whole story. For example, most of the day on Tuesday, they were replaying footage from Monday’s riots because no action was happening.

What is your level of involvement in the protests/riots/natural disasters you’ve photographed? Have you ever identified with either side?

With anything journalistic I shoot, I have to be a neutral observer. And I mean I have definitely found remorse while shooting, especially when we photographed in Madison for the Tony Robinson shooting. There was at least one or two times when I had to take a step back and take a deep breath because it impacted me so much. And it was also definitely surreal to see destruction left by tornados as well. But for the most part, I try and separate my emotions and opinions from the stories I shoot. Because if you connect more with one side, no matter what you do, your photos and story will always be biased to a degree. 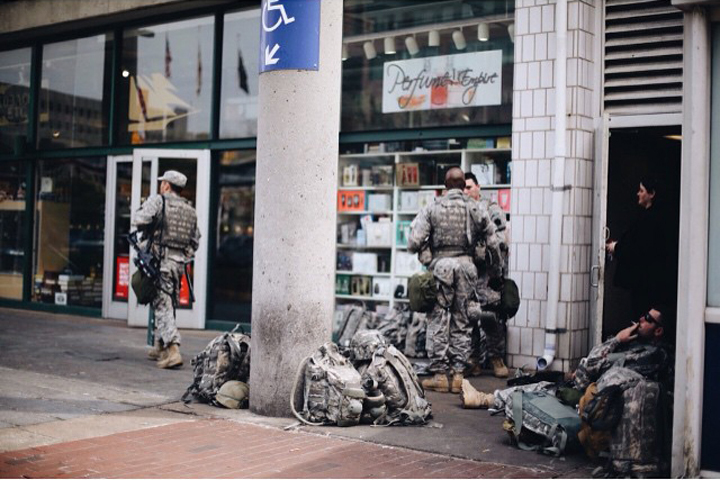 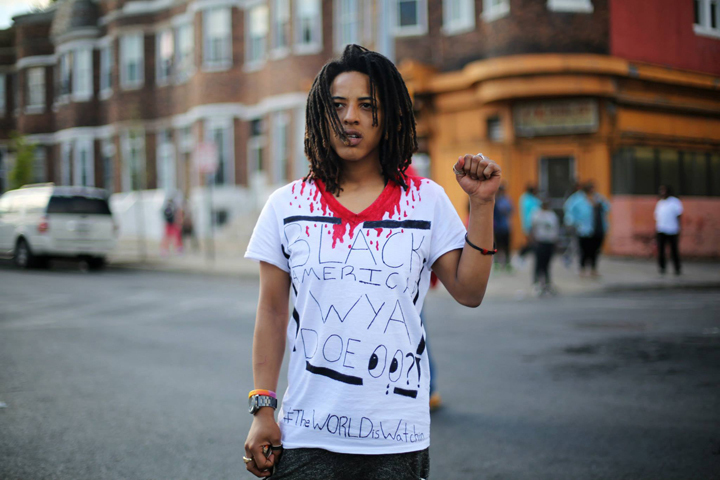 All photos Copyright & courtesy of www.JimVondruska.com